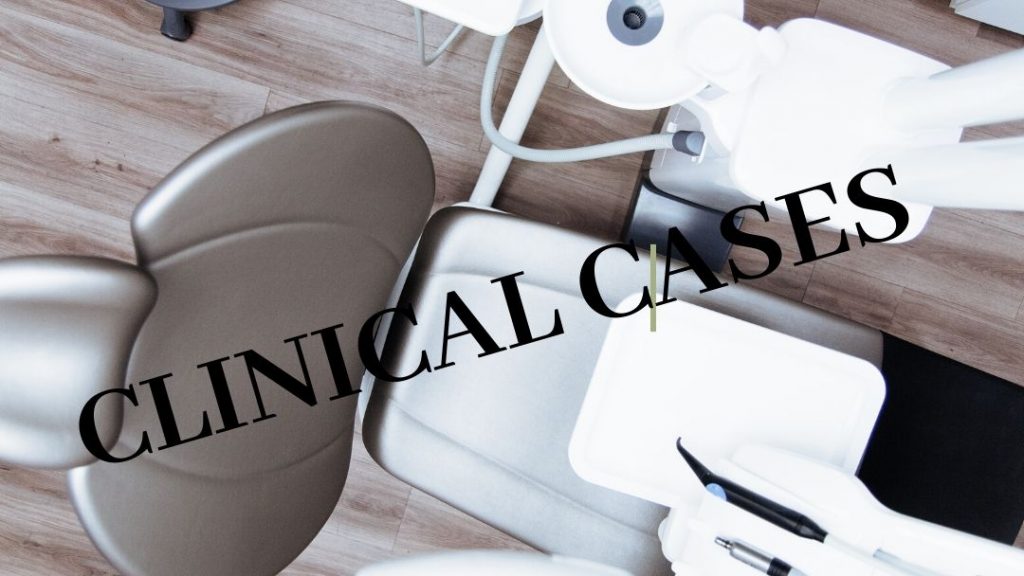 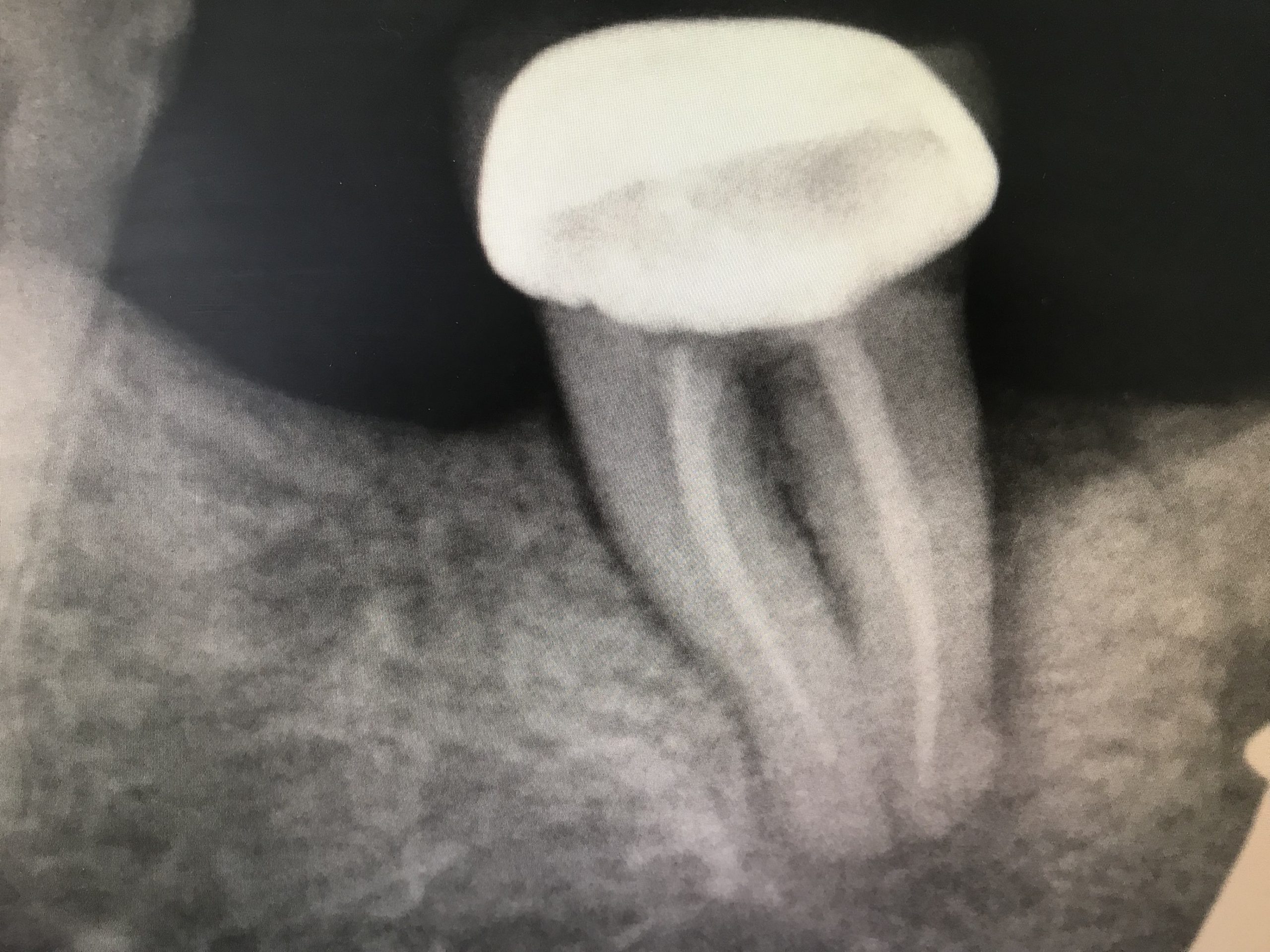 Pre operative radiograph for root canal re treatment of LL7

Intra operative radiograph for root canal re treatment of LL7

Post operative radiograph for root canal re treatment of LL7

This patient was referred by their dentist for re- treatment of LL7 with a draining sinus.
The tooth was symptomatic sporadically but as the patient wanted to replace the crown, re-treatment was indicated.
On the preoperative radiograph two apparently well filled root canals were visible but also there is evidence of a periapical pathology.
At the first visit the crown was removed and coronal tooth structure explored under a microscope to exclude any cracks or fracture lines. Untreated mesoingual root canal was located, gutta percha filling material was removed from remaining canals. All three root canals were irrigated with NaOCl and dressed with non setting calcium hydroxide.
At the second visit the sinus had healed and the patient was asymptomatic.
The root canals were irrigated, cleaning and shaping completed, obturated using warm vertical compaction technique and finally the tooth was restored with a temporary restoration. The definitive crown was provided by their dentist.

We use cookies to ensure that we give you the best experience on our website. If you continue to use this site we will assume that you are happy with it.OkNo
Revoke cookies